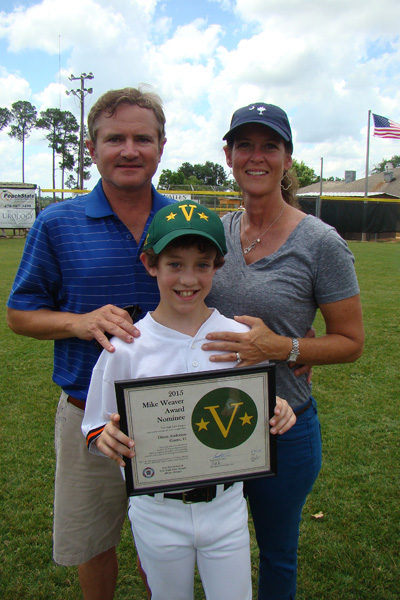 Dixon Anderson, the son of Wally and Flinn Anderson of Monroe County, was named the recipient of the 2015 Mike Weaver Award at Vine Ingle Little League on May 30. 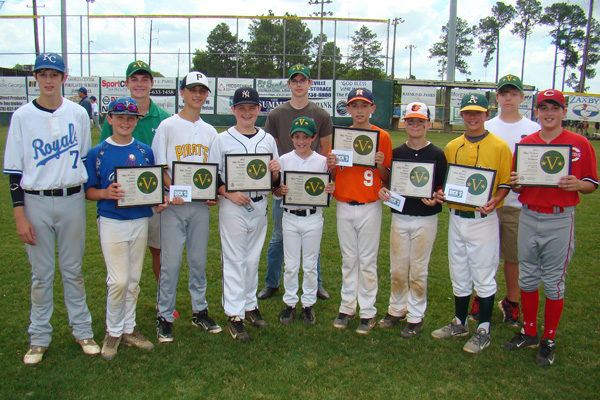 Dixon was selected from a group of nine other nominees, all of them 12-year-old players in the Major League. The other nominees posed for this photo with several previous winners of the award. The nominees were, front row from left, Ben Baxley (Royals), Jase Smith (Dodgers), Bowen Kramer (Pirates), Jackson Martin (Yankees), Dixon Anderson, Thomas Smith (Astros), Malone Hudson (Orioles), Knox Cleveland (A’s) and Stetson Hatcher (Reds). 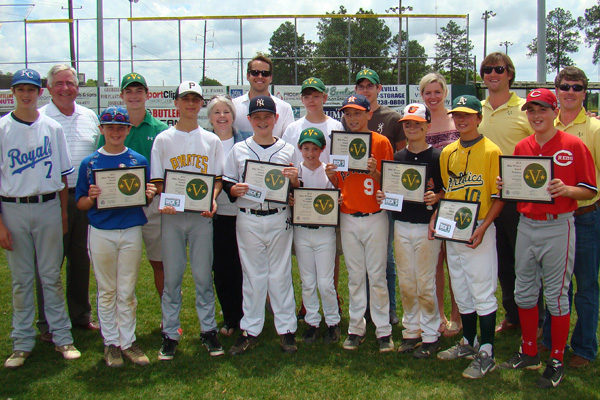