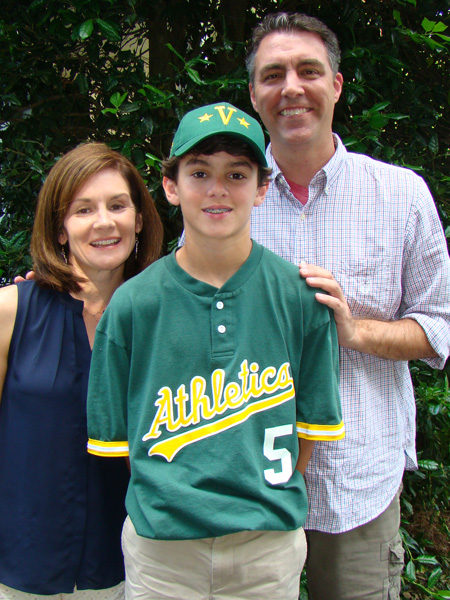 Will Green, the son of Amy and Pete Green of Macon, has been selected as the 2016 winner of the Mike Weaver Award, which was presented at Vine Ingle Little League on May 21.

Will was selected from eight nominees, one each from the teams in the Major League. The nominees this year were, from left, Cook Kemper (Orioles), Walker Bethune (Reds), Walker Perkins (Giants), Coleman Cauley (Dodgers), Will Green (A’s), Zane Johnson (Yankees), Jalik Thomas (Royals) and Gavin Martin (Pirates). Each nominee received a gift certificate to Dick’s Sporting Goods.

This was the scene on the Vine Ingle field as the Mike Weaver Award was being announced. At far right is Judge Bill Adams, who has played an instrumental role in the continuation of the award, supervising the selection process — nomination by parents and voting by umpires. To the right of Judge Adams are three of Mike’s good friends, his family, and the nominees.