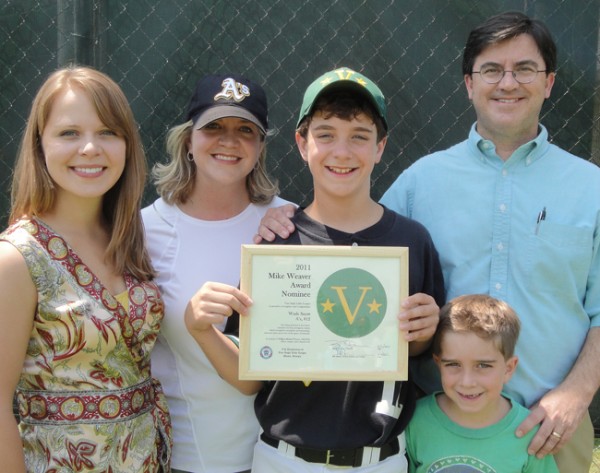 MACON, Ga. — Wade Snow, the 12-year-old son of Charles and Lori Snow of Macon, was named on Saturday, June 4, 2011, as the recipient of the 2011 Mike Weaver Award at Vine Ingle Little League.

Wade was selected from 10 nominees, who were picked by parents from their team; the final selection was made by umpires in the league. This was the eighth year of the Mike Weaver Award, and three of the previous award winners were present for the ceremony.

Wade,  a rising 7th grader at First Presbyterian Day School, was a member of the A’s baseball team. The other nominees for the 2011 award were George Lind of the Astros, Nicholas Jones of the Dodgers, Pinkney Gilchrist of the Giants, Luke Douglas of the Orioles, Colby Lee of the Pirates, Zach Tong of the Red Sox, Tyler Etheridge of the Reds, Joshua Raffield of the Royals and Jacob Thornton of the Yankees.

The award recipients are honored for their good character, sportsmanship and pure love of the game of baseball. Each nominee received a certificate and $30 gift card to Dick’s Sporting Goods. As the award winner, Wade received tickets to a tour of Turner Stadium, four tickets to an Atlanta Braves baseball game, hotel accommodations, four tickets to Six Flags over Georgia, money for meals and souvenirs and the plaque he’s displaying in the photo. Wade plans to attend an Atlanta Braves game in August.

At the June 4 ceremony, held in front of the pitcher’s mound on the Major League field at Vine Ingle, Wade also received a green hat with gold lettering, just like the one that Mike Weaver wore for many years. Once again this year the hat also was worn by the umpires in the league as a tribute to Mike. The side of  Wade’s hat was embroidered with the year and name of the award.

Mike had many wonderful memories at Vine Ingle, so when he died the Weaver family wanted to create a wonderful memory for the award recipient. It is the Weaver family’s intention to continue this award for several years, using the money contributed to the memory of Mike. Once again this year we appreciate the cooperation of the Vine Ingle Board of Directors, especially including Bill Adams, in making this award possible.

A special thank you goes to the Holiday Inn Select Atlanta Capital Conference Center for its assistance in making the award special this year.

The *V* symbol has come to represent the memory of Mike, who was known by his friends for wearing the green cap just like the ones presented to the award winners. That was the cap he received for being a member of the Vine Ingle tournament team as a 12-year-old. He continued to wear that hat throughout high school and into college, and standing 6-feet-2-inches tall, he was easily spotted in any crowd as being the only one with a green hat. Following his death, several of Mike’s friends created stickers of this symbol, representing the design of the front of Mike’s green hat. The friends sold the stickers for $5 each, donating the proceeds above their cost for the Vine Ingle award in Mike’s memory. The stickers have been placed on many cars belonging to Mike’s friends and family.

Since that time, a group of Mike’s friends organized themselves into a non-profit corporation, the Friends of Mike Weaver Foundation, which stages an event called Weaver’s Weekend. The music and reunion event is traditionally held in August. Money raised from the event goes to support the Mike Weaver Award, as well as other youth activities in the Macon area.

In addition to Wade Snow, other nominees for the award this year were: 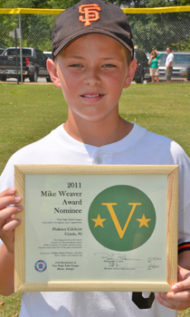 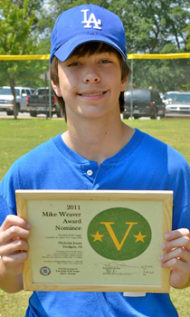 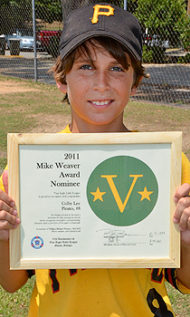 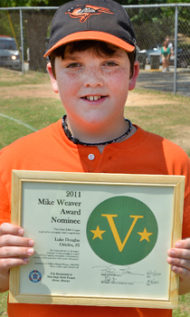 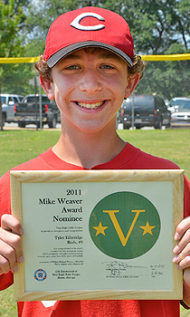 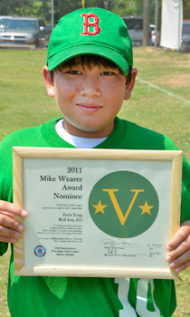 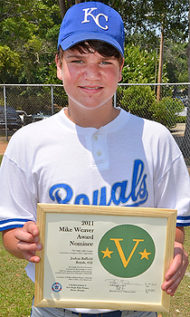 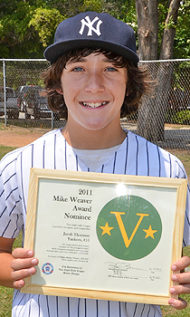 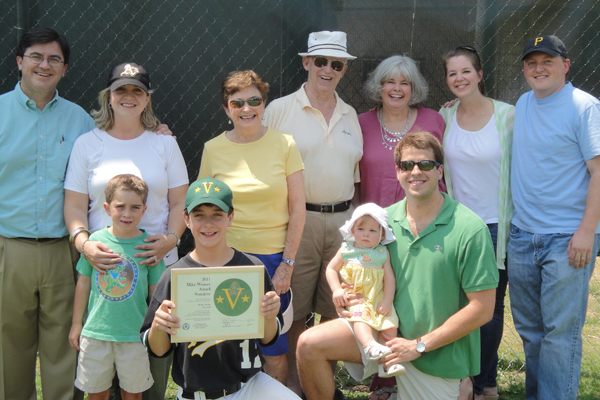